Yes, once again I haven't blogged for a while. Life kind of got in the way. We've had an incredibly busy couple of months, mainly getting the new house sorted and moving into it!

The house is looking lovely. We went from this to this in the bathroom: 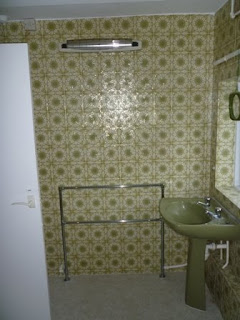 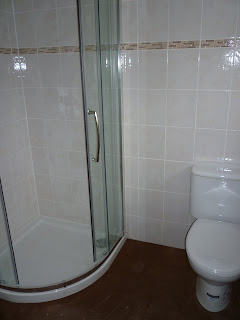 This is what the bathroom looked like when it was mostly in piles in the study. 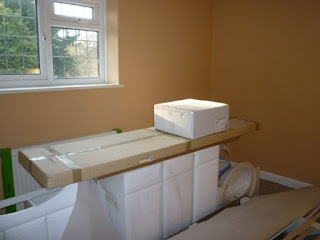 We disappeared behind a very large pile of boxes during the packing: 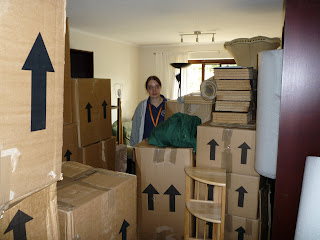 I wound my unknown 4ply wool from the Skep, purchased on Skip North 2007, into balls ready to knit Thermal. 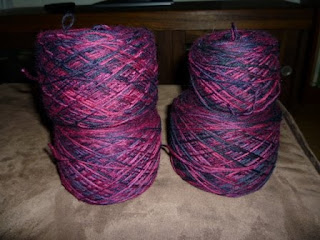 Monkey sat watching monkeys on TV (he claims he did all the packing, but I'm really not convinced). 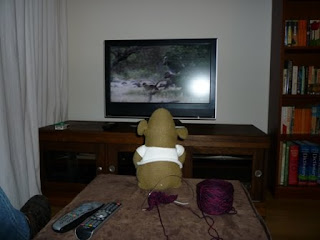 We found a heart shaped potato when I was cooking tea one night. 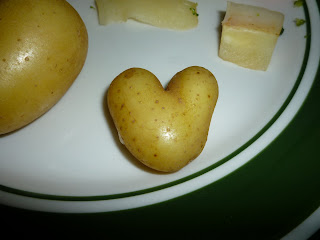 Farli sent me a belated birthday present - a ball of Opal Cotton in some rather lovely colours. Oh, and she agreed to preach at our wedding! :-) 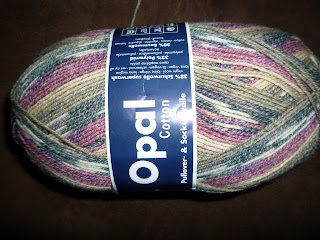 I stuck to one knitting project - Thermal - reasoning that I needed something with an easy to remember pattern, in 4ply (so no risk of finishing it any time soon) to concentrate on amidst the chaos of building work, moving house, unpacking, organising wedding and trying to do the boring but vital parts of everyday life, such as going to work. 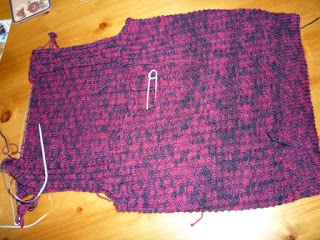 The old oven at the new house passed its gas safety test, but proved to be leaking heat at a great rate and threatening to damage the appliances on either side. Plus it was coated in about 20 years of grease. So we bought a shiny new cooker. Which has made cooking meals for the two of us SO much easier. 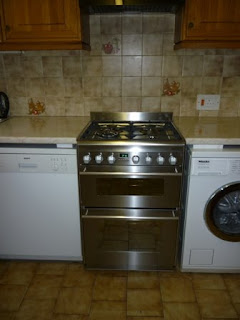 We've done an enormous amount of cleaning (don't worry, I did some too), both of the new house and the old. And are now arguing with our letting agent from the old house who is trying to hang on to some of the deposit on the grounds that we didn't leave it clean. When we actually left it in a better state than we found it. Grrr. 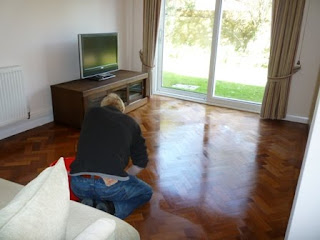 I went for my wedding hair trial. The OH was very rude about it. Apparently I look like I've been dragged through a hedge backwards. I thought I looked like someone from Pride and Prejudice... 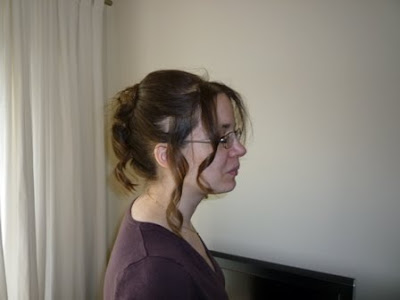 My colleague had her baby, who is incredibly cute. And he seems to like his new bootees. 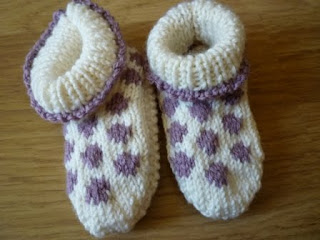 There were boxes everywhere. We've unpacked 97! 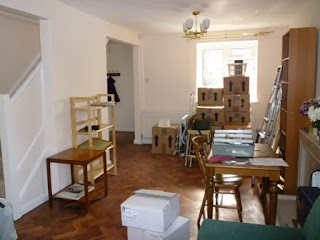 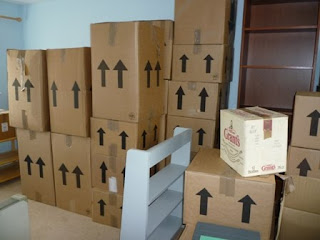 This is what happens when you get two book lovers together - vast piles of book boxes everywhere.

Spring suddenly arrived and we realised the garden (which had been handily hiding under a lot of snow for much of January) was looking overgrown and Needed Something Doing With It. I also discovered a lot of ground elder in residence. I'm taking heart from all of the work Liz did last year on her garden. If you follow the link to her blog there's a link to a Flickr album of the same spot in her garden as she worked on it through the year - which I'm finding extremely encouraging at the moment! 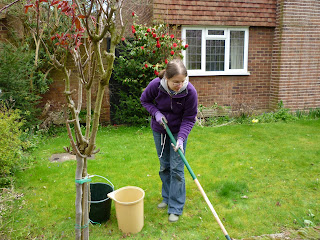 I ordered our first meat box from Riverford. I've been ordering their veg boxes for a couple of years now, but this was the first meat box - and I'm impressed! It all came in a sealed box, along with our normal veg box delivery. 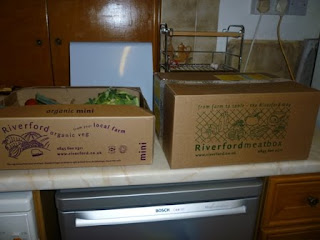 And inside the box was insulated with wool! Cool or what?! The packaging is then returned the following week when the next veg box arrives so it all gets re-used.
I'm still struggling with recipes a bit - they all seem to be aimed at feeding 4, whereas we are a veggie and a meat-eater-who-eats-veggie-a-few-times-a-week. There is more freezer space at the new house, which does help. The meat box was various items chosen from a list, they do various sizes of pre-chosen meat boxes too, but those all seem to involve lumps of meat intended for roasting etc, which I can't imagine we'd get through! 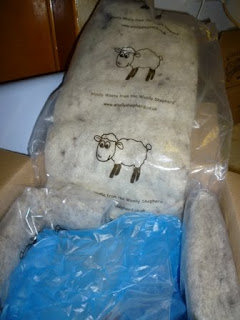 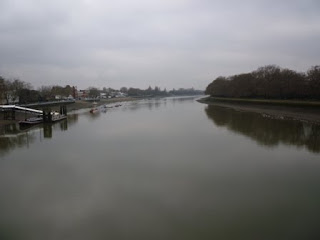 Way back in February we celebrated the anniversary of our first date by going back to Putney and wandering around in the cold (just like we had done the year before!). Unfortunately we couldn't totally relive it, as the café where we had lunch then has now shut, as has the wonderful Stash. :-( Funnily enough I didn't mention our first date when I blogged about that Saturday in Putney a year ago!  ;-)


And we fitted in a trip to Claremont Landscape Garden to escape from the housemoving adventure/wedding planning for a while. 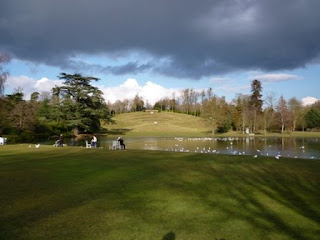 Think that's all! Hopefully life will begin to calm down a bit soon...
Posted by Daisy at 6:26 pm 7 comments: