I went down to London for John's (an ex-housemate) ordination as priest... (note we had SUN then!). This is with Frances, another ex-housemate. Current ex-housemate totals now run at: 2 ordained, 1 married to curate, 1 in training for ordination and 2 potential ordinands. Living with me has an interesting effect on people?! 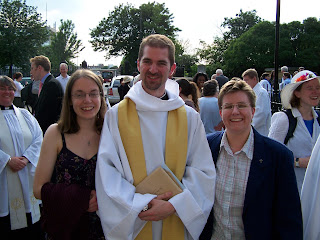 And I went to the British Library's "Sacred" exhibition - very very interesting. I didn't really get enough time there so I'm going to go back next time I'm in London.

Then I went over to North Norfolk to do some work. And went walkies in the woods at lunchtime to photograph some rhododendrons. 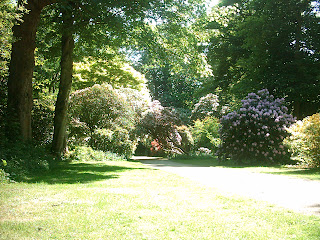 It was still sunny then... 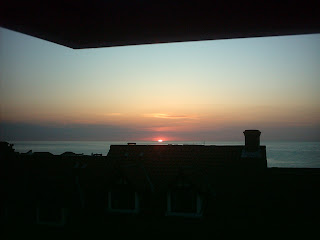 Knit Lincs had a very noisy meeting at the Drill Hall that coincided with the Beer Festival (I think this was actually in May, but I'm losing my grasp on basic things like space and time). 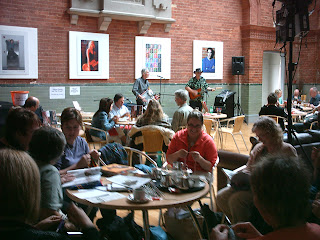 I went on holiday to the Lake District with these two (plus their parents and my Mum). Who may look cute and innocent, but get up way too early every morning and make their Auntie's life a misery. 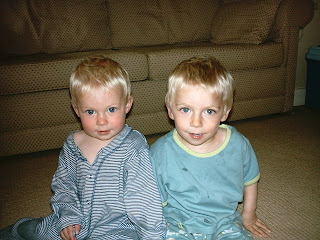 It rained in the Lake District. A lot. This is Whinlatter Forest Centre. 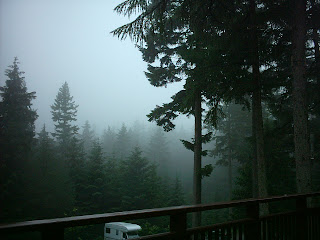 And a view of Derwentwater from the cottage. Look at those clouds! 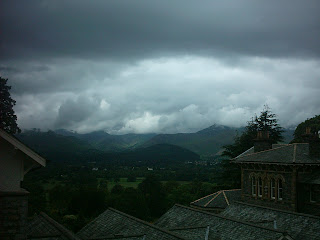 Oh, and they have rhododendrons there too! ;-) 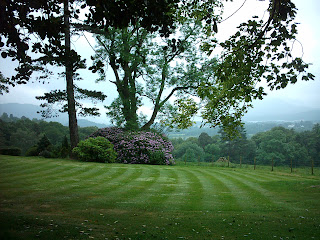 I got a pair of socks knitted for the friend I'll be staying with in London for a week in July. The yarn is Sirdar Town and Country, pattern from Sensational Knitted Socks. 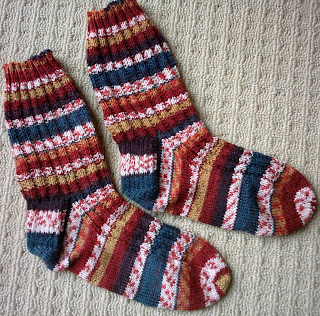 And went to the knitting group at the wonderful Bluebell bookshop (scroll down a bit for the link) in Penrith. 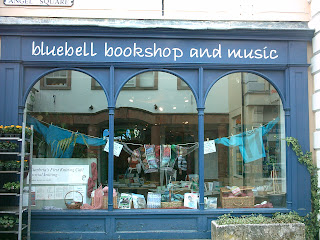 Something ate my cauliflowers. 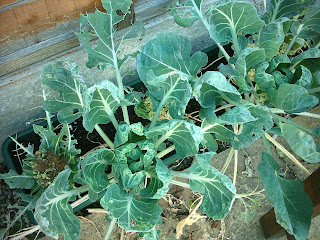 Then I went over to Manchester Cathedral for a conference. Manchester has changed a lot - I last went into this part of the centre immediately after the terrorist bomb in 1996 and it has changed almost beyond recognition. 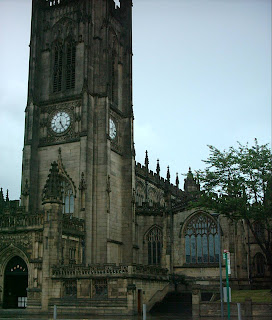 I also visited the fairly newly reopened John Rylands library - again, changed beyond all recognition. It's well worth a visit - they have some good exhibitions on and you can now get a cup of tea! 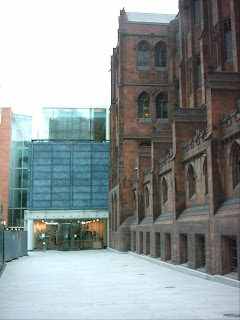 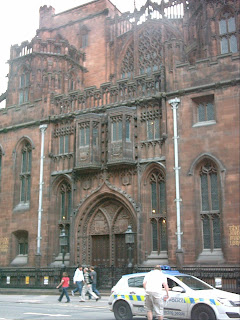 Then I zipped up to Yorkshire to do some more work. 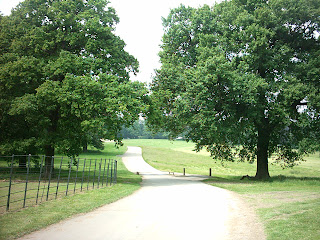 And found some more rhododendrons. 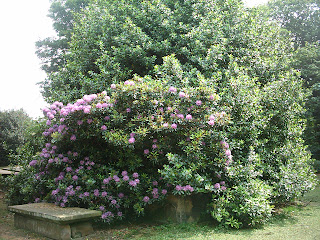 It rained a lot more. My plants liked it. Fortunately I didn't get nearly as much rain here as some other people - Blueadt, Webbo and Iris have had an awful time (and doubtless many more knitters). 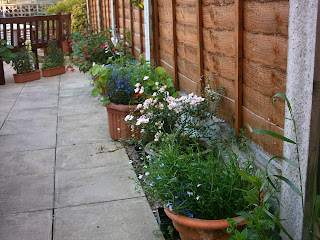 And I finished a pair of toddler socks for one of a friend's twins. 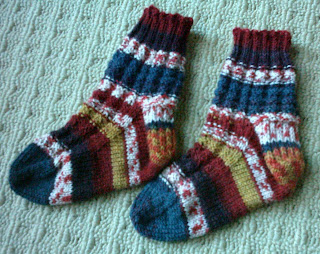 And I got a mention on Sara and Kat's podcast, The Continental!
Posted by Daisy at 1:58 pm 17 comments:

I got onto Ravelry last week and it is SO fab. I think it's an excellent tool for knitters (and crocheters) - you can use it to organise your yarns, needles, projects and books and I love the way you can check what others have made with the same yarn. I haven't had time to add much stuff yet or explore all the possibilities but it's got immense potential, even while it's still in beta. And it really appeals to the librarian in me! If you're already on it, come and say hello - I'm daisydaisydaisy.
Posted by Daisy at 8:27 pm 8 comments:

I like the sound of this book. Sounds very sensible!
Posted by Daisy at 6:49 pm 6 comments: