I was going to go on a yarn diet as I'll be on maternity leave for almost all of this year, but present yarn is excluded. I took LO into London 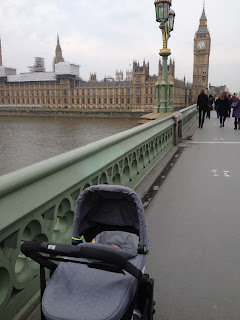 to meet up with some friends, and managed to make my way to Iknit as well, where I found they stocked West Yorkshire Spinners sock yarn (something I've been greedily eyeing up online). Two balls found their way home with me (Bullfinch and Cayenne pepper) initially intended as a present, but then the recipient let it be known that they had a present in mind, so I bought them that instead and kept these for myself! I am now using the Cayenne pepper to knit a Thousands cardigan, using some leftover sock yarn as the contrast colour. 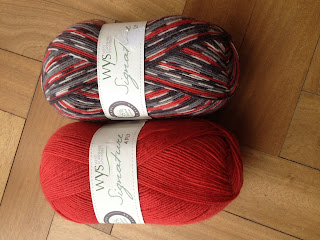 I then had the bright idea of knitting a Thousands cardigan for LO, and some knitting group friends were doing a bulk order to save on postage, so I ordered two more balls of Signature sock yarn in Poppy seed. 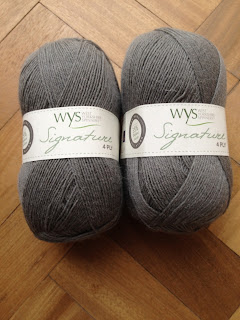 I've got a couple of finished project to finish off. This is a hoodie for my Godson's birthday, when he'll be two. The pattern is Playdate Hoodie, a free Lion Brand pattern, and I used some John Lewis Heritage Aran from my stash. It's a nice pattern, with not too much sewing up to do. 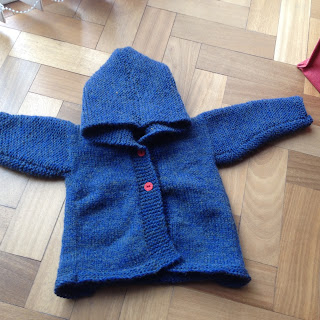 I've also finished a pair of socks. These are another pair of Garter rib socks, for me, using Baby og Hosegarn sock yarn from my stash. 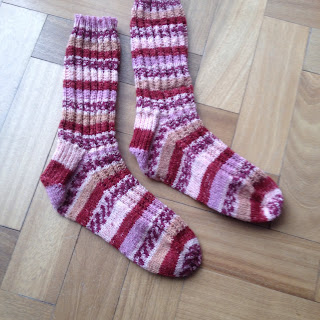 Up until now I've had one project on the go at a time, as I didn't think I'd have time to do much knitting with a baby around. But I've had a few incidences of her falling asleep in the car, and me having to sit in a car park, outside the house and wait for her to wake up (we haven't got a travel system, so I remove her from the car seat to take her out), when it would be really  handy to have a small knitting project with me. So I think I'm going to have a home project and a project to take around with me from now on. Haven't decided what this project will be though, but probably another pair of socks.

so I have a bit of work to do to make the first figure bigger than the second!

Garden at the beginning of May 2016

Bit late posting the garden shots this month as LO is now napping less during the day so I don't get much time to get online. Things have moved on a lot with the building work though. The new turf has been laid and has established well - LO and I have been enjoying lying on it in the afternoon when it's in more shade. 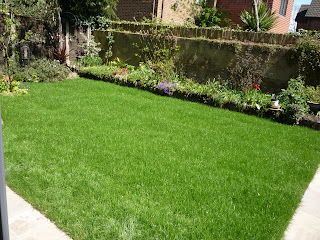 Here's the new turf, finished garage building and new patio. All that's left to do now is the driveway, which isn't visible in this picture. The garage has an electronic door, which is already making my life a whole lot easier. LO has enjoyed a few sleeps in her pram on the patio too. 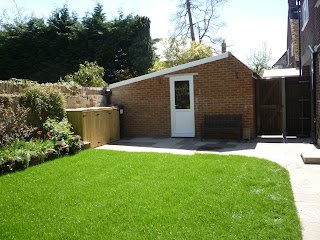 Inside there is now loads of room for the car, and access for loading/unloading people and things. And look at all those lovely shelves! 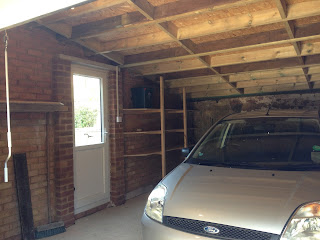 Not many plant pictures to show this month as I didn't get a chance to take photos in the front garden. But in the back garden we have some apple blossom just showing. 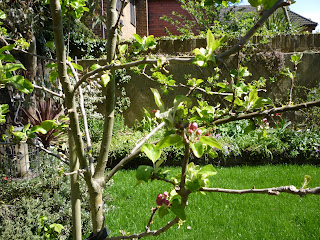 And the raised bed is looking good. 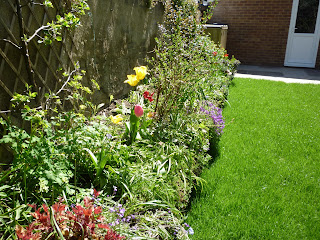